UlstermanBooks.com > Entertainment > “He Dropped Me.”

Recently, I shared a story with my wife and daughter about the time my across-the-street friend and I got into a fight that ended up with me barely conscious on the floor. I hadn’t thought about that little scuffle for a very long time, and not so much for the fight but rather what my older brother told me while walking me back to the house as I tried to keep the blood from the gash across my brow from falling into my eye.

“You can’t fight the world,” Derek had said. “And you’re not nearly as tough as you think. Sooner or later you’re going to get hurt.”

Derek was right and looking back I now realize I took his advice to heart. As the years went on I fought less with my fists and more with my tongue, coming to understand that even the toughest of those around me were, in fact, vulnerable to a vast array of insecurities easily manipulated by a biting turn of phrase.

Ah, but back to the fight.

I don’t even recall how it started. We were lifting weights inside Dwayne’s room which was a little detached carport-like structure about 50 yards from the main house. We were listening to AC/DC, telling jokes, and then someone said something that quickly devolved into anger. (NOTE: After some thought, I finally remember what started the fight. Dwayne had said a friend of his family, an old guy who had been a former professional wrestler, was tougher than my dad. Well, in my mind, nothing in the world was tougher than my dad so I took offense and that was that—two boyhood friends were taking swings at each other.)

Dwayne was older than me by two years and nearly a foot taller. I didn’t care. He made me mad, threatened violence, so I brought the violence to him first.

After the heavy, wet smack that was the sound of my clenched fist cracking against his full, Mick Jagger-like lips, Dwayne’s eyes went wide as his head rocked back. Then he snarled and hit me back above my eye—HARD. (It wasn’t the hardest I have ever been hit. That honor goes to a horse that kicked me across the pen and left me coming to gasping for breath as I lay under an electric fence certain I was going to die. I didn’t but then watched a short time later as my volcanic-tempered mother reminded that horse who was boss on the farm. That’s a story for another time, though.)

I was stunned by the speed and power of the blow. My vision detonated into a shower of stars and my legs buckled.

I do remember telling myself to get up but for several seconds, my body wouldn’t listen. I kept blinking, my ears ringing, my mouth dry, and for a brief moment thought I might throw up. A few deep breaths later and I finally regained my feet and then did my best to pretend the punch didn’t hurt. I even managed to clench my fists as I readied to keep fighting.

Derek called out from behind me. I don’t know when he had arrived or how much of the brief fight he had seen. He asked us what was going on. Dwayne replied that I had hit him so he hit me back. I wobbled toward Derek. He had a look at the cut over my eye and said it was almost time for dinner and that I was to come home.

It was during the walk back that Derek gave me his advice about not being as tough as I thought and then shared his concern that someday I would get myself hurt.

The next day I did take some pleasure in seeing the purple-blue-colored swelling of Dwayne’s even fatter than normal lips. Although he had no doubt struck the harder blow, my cut was healing nicely and covered by a bandaid while his lips were all kinds of messed up for several more days. We had fought, he had won, but I had left a mark on him that he wouldn’t soon forget.

Dwayne moved away and then eventually ended up in prison.

Derek moved out and then eventually ended up dead.

I’m still standing. I haven’t had to clench my fists in a very long time. That’s likely a very good thing because frankly, I’m not sure I’d be able to get back up these days.

You see, Derek was right. 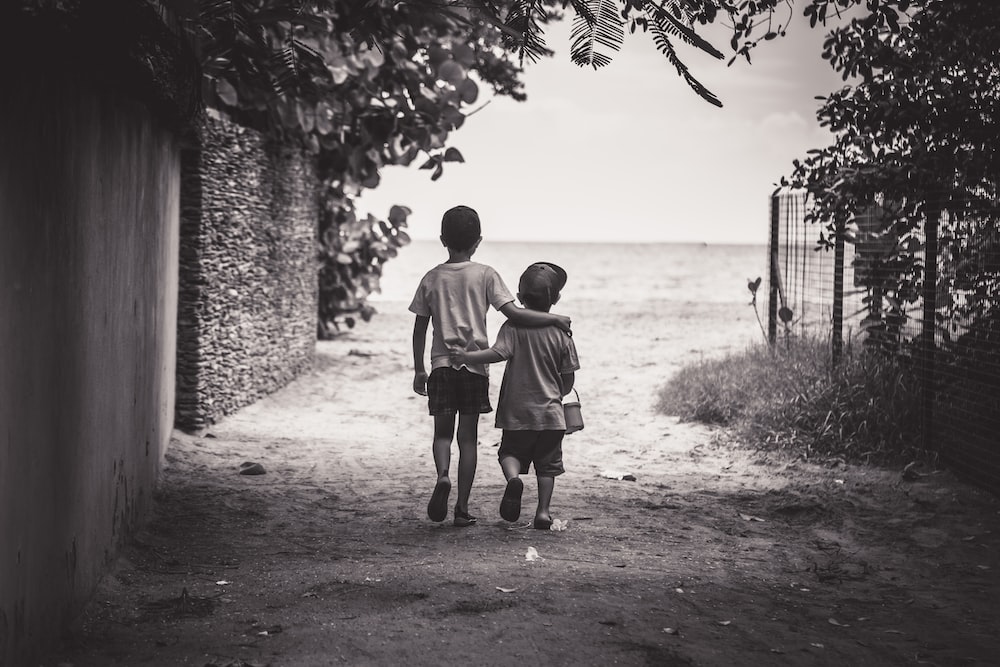