“When Dad Let Me Drive”

For young boys, the opportunity to steer something greater than themselves is a glimpse into adulthood and the many still-unchosen paths that await. It’s equal parts stress and exhilaration and has been a hallmark of the growing up experience since the days when man and horse joined forces to conquer the future together.

I had a pony, and then a horse or two, but was more inclined to chase the dream of mechanized freedom. There was a mini-bike that my brother and I would jump over the barnyard fires we lit every month or so. One time he caught the bottom of his jeans in the exposed chain and barely cleared the flames and ended up crashing into the side of the long red chicken coop that bookended the horse pen and barn. The first words out of his mouth when he picked himself up were, “Don’t tell Mom.” (And I never did. Brothers, at least proper ones, are good about keeping secrets like that.)

Not long after, I asked my parents if I could have a dirt bike. Dad was quick to say yes (he used to ride) but Mom gave me that narrowed eyes look of hers and told me maybe but only if I was willing to work for it. That work was to be picking up rocks out of the horse arena where she practiced her barrel racing. I had no idea there were so many rocks in that sand. Every day upon my return from school and after my regular chores, I went out there and picked rocks and piled them up near the road. 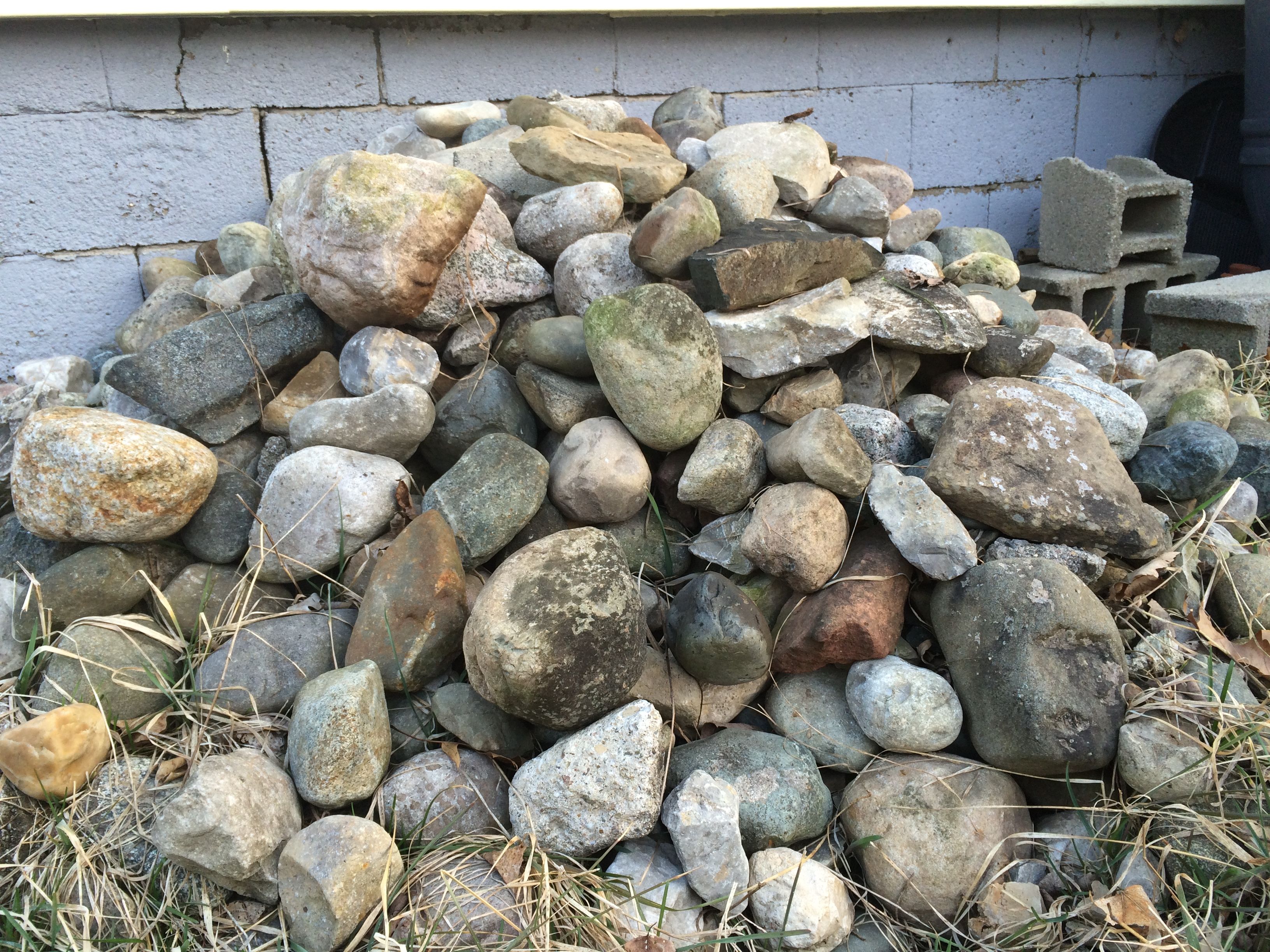 This went on for a week. At the end of the week, Mom, while sitting high up on her horse, looked over at the pile of stones and then down at me and nodded. “Okay, you can have the bike. Go check out what’s in the driveway.”

Unknown to me, Dad had already bought one at a yard sale – an old Yamaha 80 with a yellow gas tank, a torn seat, and two worn tires. 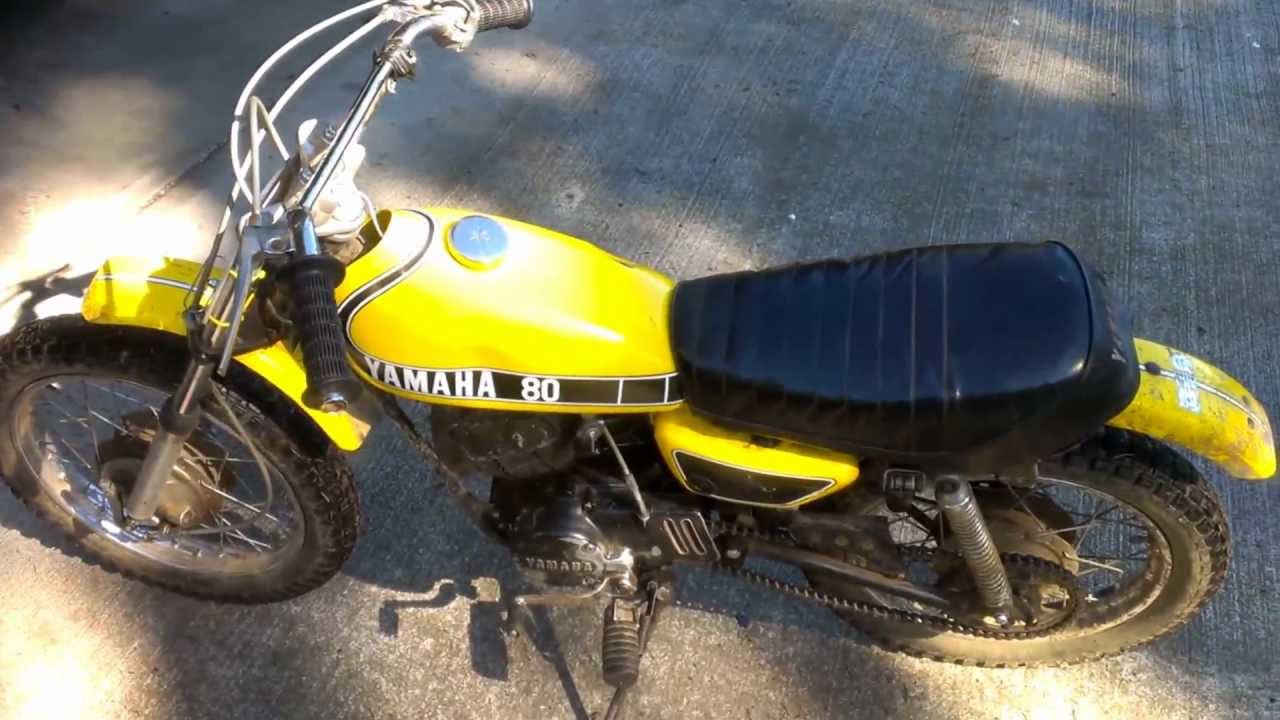 Dad went over the workings of the clutch, the brakes, and the accelerator. I don’t think I hardly listened. I just wanted to go.

After killing it a couple of times I sped through the barnyard and into the acres of field behind our farmhouse. The helmet that came with the bike was too tight and its strap dug into the skin under my chin. I didn’t care. I was too busy grinning as the wind whipped my face and the tall pasture grass brushed up against my legs. “How fast am I going?” I wondered. “Faster than a horse?” Into the swamp I went, looking back at the arc of mud that shot out from beneath the spinning rear tire.

It was nearly dark before I pulled “Old Yellow” into the open garage and went inside for dinner. I thanked Dad and Mom repeatedly for the bike and promised to take care of it. I knew Mom was a little disappointed. The bike signaled an irreversible shift in my development, one where horses were to be a distant third to my growing interest in bikes and sports and soon girls and cars.

Then, something remarkable happened that same year that made my love of that bike pale in comparison.

We bought a boat. (Two, actually, but the first one was quickly sold for the bigger one that followed.) She was a tri-cabin Tollycraft. A big hunk of fiberglass Americana with twin Chryslers that gurgled and chuffed as they pushed us across the water to destinations beyond.

It was our first time in the San Juan Islands – the very same islands that are home to my San Juan Islands Mystery series. It was just Dad and me on the open flybridge. I looked up at him with his cigarette dangling and the wind blowing his thick dark hair back against his forehead and thought, “Man, he’s cool.” Suddenly, he got up and told me to sit down in his seat. I felt my eyes go wide and I’m sure my mouth dropped open a bit.

“Go ahead,” he said. “See the gap between those two islands in the distance?”

“Just keep the bow pointed for that spot and watch out for logs. If you see one go around it and then go back to aiming for the gap.”

I sat down and gripped the stainless steering wheel. It felt huge in my hands. “You want me to drive?”

Dad clapped me on the shoulder. “Yeah. You can do it.” (Looking back I now realize that it was most often Dad who pushed me to chase the open road. From running barnyard chores in our old red Ford to driving back home from church Sundays in his restored 1937 Chevy, he was gifting me with his own desire to be free from the bonds that take far more from life than they give.)

And then he was gone and I was up there by myself steering that Tolly through the heart of the San Juans. I could feel the vibration of the engines under my feet, heard the hiss of the waves as the hull cut through them and felt the warmth of the San Juan Islands sun on my face.

It was the most amazing thing. The dirtbike didn’t have a chance. Learning to drive a car was fine and I enjoyed that as well over the years but nothing compared to being on the big water behind the wheel of a boat. All the weight of family-related stress lifted. The yelling. The arguments. The confusion. The pain. None of it mattered then.

Later that day I was bitten even deeper by the boat bug. That particular bite came in the form of the little dinghy that was powered by a temperamental Evinrude 2-stroke. We were anchored in Roche Harbor. (Home of the SJI series protagonist, Adele Plank) Dad used the manual davit to lower the dinghy into the water and then told me to hop in. We took two crab pots and set them about a hundred yards from the boat. When we got back to the Tolly Dad got out and then asked if I wanted to explore the area in the dinghy. My mouth said, “Sure” but my mind screamed, “Hell yeah!”

I was gone for three hours. That dinghy took me to every nook and cranny I could find. From the docks to a little stretch of beach on a nearby private island where I was chased off by a raging old man, I went and went and went. That’s also the day when my lifelong love and appreciation of Roche Harbor began. We ate crab, hot dogs, and Oreos that night, washing it down with cans of Dr. Pepper. What a meal. What a time. I don’t think I’ve ever slept better before or since.

When the end of my own story comes, be it sooner or later, my wife knows the epilogue. I haven’t shared this with my son and daughter yet but perhaps being naturally inquisitive they already know.

Scatter me in the wind and across the waters of those islands so that I might sleep like that once again for it is there I was most content.