The last six weeks have been a flurry of activity doing promotion for the first installment of my San Juan Islands Mystery series, THE WRITER , and the ongoing work in completing its sequel, DARK WATERS.

Some of you are already asking when the sequel will be available, so I thought it a good idea to update its status now.

The novel is nearly two-thirds complete and has our protagonist, Adele Plank, immersed in a murder mystery that shakes the very foundations of her new island-community home.

Some of the supporting characters first introduced in THE WRITER will be returning, as well as the introduction of some critical new characters, as Adele struggles to find her own way following her graduation from college.

One of the most important characters will once again be the beautiful and mysterious location of the San Juan Islands, a place that fascinated so many readers of THE WRITER , some who went on to declare their intention of visiting the area after reading that novel. (One such reader indicated that trip has now been added to her “bucket list.”) 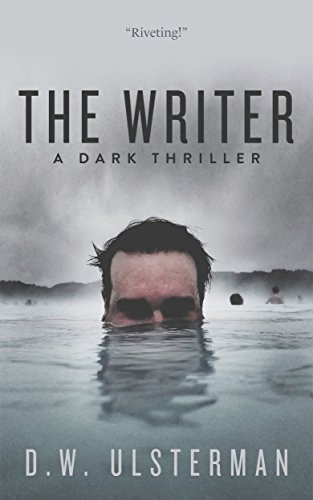 It is my hope to finish up the initial manuscript by the end of this month, (August) and have it ready to send off for editing soon after.

I’ll continue to update you as the novel’s creation progresses.

D.W. Ulsterman is a bestselling author and socio-political commentator.

Every 65 Minutes A Veteran Commits Suicide. YOU Can Help To Change That.
D.W. Ulsterman’s Songs To Live & Die By: “COVER ME UP”