My bestselling novel The Irish Cowboy has continued to perform well and grow a very loyal fan base over the years—something for which I am so very grateful for. (Thank you!)

Among the most numerous comments from readers is how they would like to see the story made into a film. Well, it appears someone in Hollywood has been paying attention. His name is Andrew J. Wilson of Wonder Street Entertainment, a production and management company that most recently has been involved in the award-winning motion picture, The Mauritanian starring Jodi Foster and Benedict Cumberbatch, as well as the Netflix limited series, Self Made starring Octavia Spencer.

To be clear, this does not guarantee that The Irish Cowboy will see its time in the big or small screen sun, but rather that in the coming months Andrew will be “shopping” the story to investors in the hopes of securing the financing needed to then move the project forward. It is a critical step in that direction, though, which is very exciting.

And in related Irish Cowboy news, a Montana Adventures series page has been created on Amazon to feature both of my current Savage Montana-based novels, The Irish Cowboy and Savage, as well as a third related novel that is currently being written which will include some characters from both of those previous two stories.

All of D.W. Ulsterman’s novels are available for purchase HERE including his upcoming new release in the ongoing San Juan Islands Mystery series, The Truthing Tree: 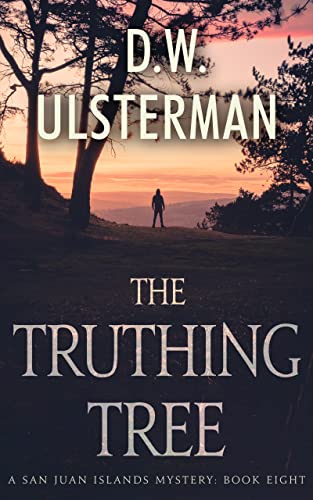